What Is a Motherboard, and What Is Its Use?

A motherboard in your computer is the component that connects the hardware components like RAM, CPU, and the hard drive. People also call it the main board, backplane board, main circuit board, or system board. Also, they call it planar board, MB, and on Apple computers, they call it a logic board. Learn more

The motherboard is the biggest board of a computer that allows communication from different computer components. There are different motherboards, and they work with other computers as well. Unfortunately, some motherboards are not compatible with some computers. So, we advise you to check your computer’s compatibility with the motherboard before buying it. Also, it is important to note how much you need to spend on a motherboard.

Every motherboard works with a particular memory and processor type, although hard drives work with most motherboards. This is because most computer components connect to the motherboard inside the computer case.

Does the Motherboard Affect Performance?

The most important component of a computer’s performance is the RAM, GPU, FPS, and the CPU. These components can directly affect the performance of your computer and make its performance.

The motherboard enables the connectivity of other components. So, suppose the motherboard develops a fault. In that case, those components connected to it might not work, affecting the computer’s performance.

Two things your motherboard can influence in the performance of your computer are:

Overclocking is forcing a processor to exceed its speed limit. You can do this for any reason, but the computer provides an option for it regardless of the damage it could cause, Besides, this affects how long motherboards would last.

The CPU in every build comes with a specific maximum speed it works with. So, when working with a good cooling fan, you will not have problems running the computer at maximum speed. But, many people want it to go faster especially gamers who are not satisfied with their processor’s speed.

You need to set a higher clock rate. You can do this by enabling the option in BIOS. The action forces the computer’s processor to go faster over its speed limits. Overclocking process increases the heat generation in the computer, and the heat might get too much for the processor.

When this happens, your computer’s performance will get affected terribly. In most cases, you might see the blue screen of death on your computer.

Does the Motherboard Affect FPS?

The motherboard cannot affect the frames per second (FPS) directly. Your PC’s poor gaming experience does not directly link to your motherboard but to your CPU. However, the motherboard can have a link to the low FPS indirectly when it is having thermal problems with the CPU. 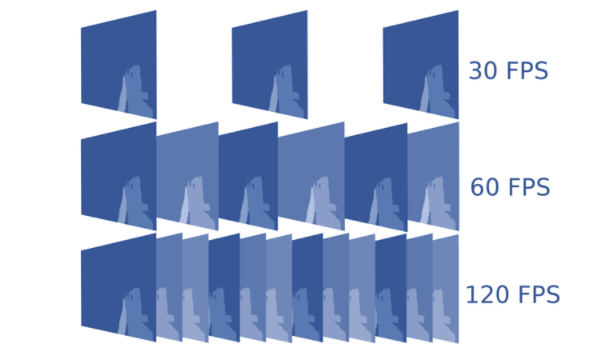 Aside from thermal issues, the motherboard can also be faulty, affecting the CPU and then the FPS. But, the motherboard drives can have a direct effect on the FPS. To sort this out, make sure your drivers are up to date. Learn more

No, the motherboard cannot directly affect the Graphics Processing Unit (GPU). If you connect the GPU to the correct slot, there shouldn’t be any performance problem on the GPU by the motherboard. The graphics card reacts to other things more than it does to a motherboard.

The computer’s processor is the main issue your GPU might have in your computer. However, the issue generally comes because of a compatibility fault. When you pair a high GPU with a low CPU, the faults develop.

The motherboard affects your GPU performance when the ports to connect to the graphics cards are faulty and can indirectly affect the GPU’s performance through the chipset. A faulty motherboard, chipset, or motherboard port affects the performance of everything on the computer, whether directly or indirectly.

What Makes a Quality Motherboard?

Although other components play a role in making the motherboard effective, the processor expansion slots and memory are very important. Also, expensive motherboards have more USB ports, extra drive room, and a better performance standard, making them a quality motherboard.

A quality motherboard has many features. As you may already know, some computers are not compatible with some motherboards based on size and other quality. The quality your motherboard delivers is interpersonal, and it depends on what you require from it. So, when you want to purchase a motherboard, there are certain factors you should consider before buying it. Learn more

Things You Should Consider When Getting a Quality Motherboard

A quality motherboard is first determined by the computer you use. Your computer is an essential factor to consider when buying a motherboard. It might be different in port positions or different from building specs. Among several compatibilities, you should understand what CPU is compatible with your motherboard.

Another thing to consider when getting a quality motherboard is the form factor. A form factor is the physical aspect of the motherboard: the size, the hardware components, and many others. When the form factor does not correspond with what you want, it is not suitable.

Read Access Memory (RAM) is another important factor you should consider. If it cannot communicate properly with the motherboard, it is not worth buying.

You should consider the features of the motherboard before getting it. They designed motherboards to have many connectivity spots. It is the only board on the computer that everything goes through. So, if it doesn’t have certain features, it will probably not work in that, regardless of how hard you try to give it the command.

According to Wikipedia, Serial ATA is an interface that handles the connection of the host bus adapter to storage devices. It is a component on a motherboard that plays an important role and is the predominant interface for storage devices.

How to Tell if the Motherboard Is Bad?

If you are a computer engineer, you may already know that there is not just one way to tell if your motherboard is bad. The list is enormous, and if you pay attention to them, you will know when it is bad.

Whilst using your computer, mostly when browsing, it suddenly freezes, which is an issue. This issue might not mean the motherboard is bad. But, when it becomes a frequent re-occurrence, it is undoubtedly a fault from the motherboard.

Physical damages on motherboards don’t just happen. Rough handling of the motherboard or overworking causes it. Sometimes, the burning smell of a motherboard is smelt while the PC is running. Then when you look at the motherboard, you will see it is broken, the transistors are chipped, or the circuits are burnt out.

The blue screen of death means a hard system failure and happens when the operating systems can’t work safely. This is a sign that the motherboard is dead or close to dying.

Check the motherboard when you are typing if the letters are not displaying as fast as they used to. Also, when you load a page, the response is really slow. This fault might not link to the motherboard yet. But, if it is more consistent, it is a motherboard fault.

This fault happens immediately, and it starts with not recognizing flash drives and other plugins. When this happens, check your motherboard.

The motherboard is the centrepiece of a computer, and nothing happens without its contribution, whether directly or indirectly. So, does the motherboard affect performance?

The answer is yes, but mostly not directly. Most of the components that enhance performance in a PC are connected to the motherboard. So, if the motherboard develops an issue, it will affect them, affecting the computer’s performance.