If you’ve decided to build your own PC, you’re likely to wonder, “what CPU is compatible with my motherboard?” Can any CPU be installed in any motherboard?

It doesn’t matter which pc you are using, you need a motherboard for all kinds of electronic devices, right? Motherboards often affects a computer’s overall performance, more or less. And what motherboard is compatible with your PC depends on different factors and reasons which you must keep in mind.

So, continue reading to find out the precise answer to your question!!! You will also be able to prevent incompatibility issues and other mistakes this way.

Like I mentioned, there are a few factors that determine what CPU is compatible with your computer motherboard. Let’s find out what these factors are. 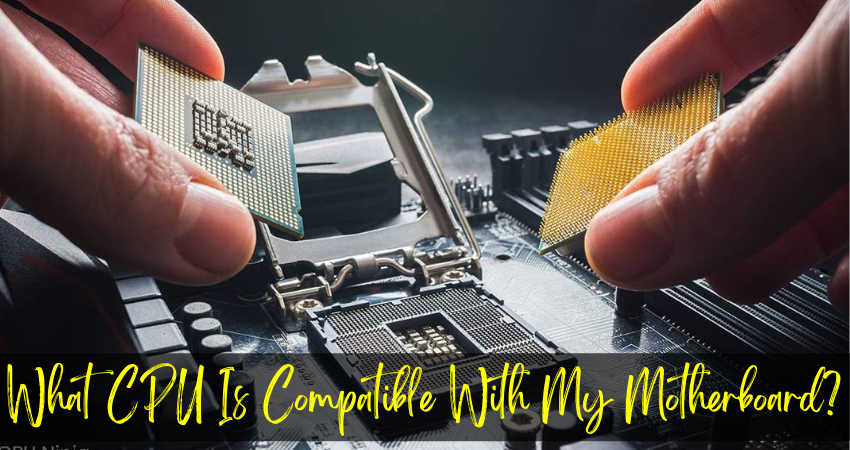 Understand that even within the same manufacturer, there will be variances in CPU Chips. After all, Intel and AMD manufacture a wide range of CPU processors. These chips include various CPUs, which are subsequently connected to various types of physical sockets.

Let’s take a look on different types of socket info:

However, note that there are some AMD sockets that do function with several types of CPU processors. But keep in mind that the vast majority of them are incapable of doing so.

The socket cannot be replaced and will necessitate a complete motherboard replacement if you need to use an alternative interface. However, just because the socket matches your CPU does not guarantee that the motherboard will work with it.

This is when the chipset enters the picture. Both the Intel Core i5 7600K and 9600K support LGA 1151, although the former is compatible with the Z170 chipset whereas the latter with the Z370 chipset.

Some Helpful Tips For CPU Installation And Sockets 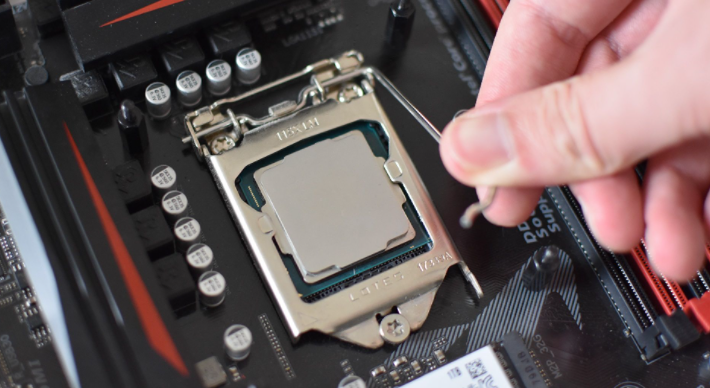 A motherboard’s chipset is made up of two main components: the north bridge and the south bridge. The north bridge is directly connected to the CPU through the front side bus (FSB).

A memory controller is installed on the component, allowing the CPU quick access to the memory. Because information from the CPU must pass via the north bridge before reaching the south bridge, the south bridge is weaker than the connector.

Through the chipset, all of them utilize information technology connected with the CPU.

If the motherboard chipset cannot transport information between both the CPU and memory at the new CPU’s speed, or the CPU has been unable to play its proper function, you will not benefit from the new CPU’s increased speed.

CPUs are typically intended to function with a single kind of memory (RAM), and you cannot combine them on a motherboard. Older computers often utilize Double Data Rate storage, whereas modern machines use Double Data Rate 3 memory.

However, in order for the RAM to operate with the processor, it must be compatible with the motherboard.

Check to see whether the RAM includes a dual or quadruple channel kit for more bandwidth. Before purchasing RAM, determine which kit the motherboard supports.

As of January 2013, there were two producers of CPU chips for desktop computers: Intel as well as Advanced Micro Devices (AMD).

There is little difference between the two companies’ processors for a normal business user. Each provides a wide selection of CPUs with varied speeds and abilities, and both can run the same operating systems.

However, the two processors are utterly incompatible in terms of hardware and need distinct motherboards.

CPUs are normally tuned to function with one type of memory or the other, and you cannot mix them on the same motherboard since they require whole distinct sockets.

Furthermore, RAM modules generally become quicker even within the same family, and your old RAM may not be able to keep up with a new CPU.

What CPU Is Compatible With My Motherboard?

You’ll need to know the CPU model code and stepping code, as well as the motherboard model number. There are two methods for obtaining the motherboard’s product code. 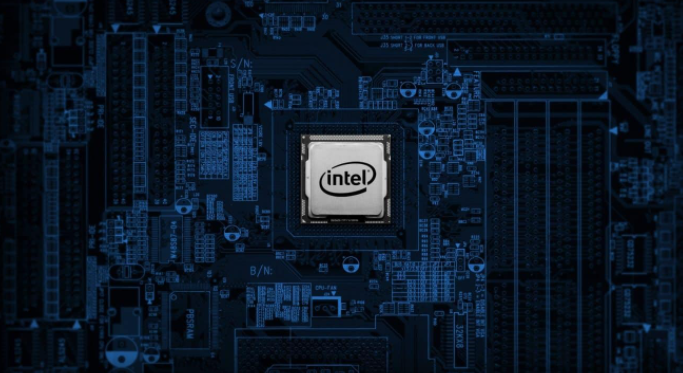 This approach is handy if you don’t yet have a functional computer and need to put one together.

This is handy if you have a functional computer but are unable to remove the cabinet to inspect the specifics.

When you find that the motherboard model matches the CPU code, which you can find on user manual or buyer’s guide, that’s when you know that the CPU is compatible with your PC motherboard.

Does the CPU have to be compatible with the motherboard?

For your system to function, the CPU must be compatible with the motherboard. Otherwise, the machine will slow down or possibly stop working.

Does any CPU fit any motherboard?

No, not all CPUs will work with all motherboards. Because motherboards have different CPU sockets depending on the manufacturer, you must install the right CPU.

What happens if you put an incompatible CPU in a motherboard?

The computer will not operate if the CPU matches all of the pins on the motherboard but there is no compatibility between them. There will be nothing except a blank screen.

Will a PC boot with an incompatible CPU?

In most cases, the PC will not boot if the CPU is incompatible (given that it physically fits the socket without any extra force)

So, the easiest response to the issue what CPU is compatible with your motherboard. First, you have to determine what socket it allows and then select a motherboard that accepts that socket.