With COVID still active, demand for laptops has risen exponentially. Laptops aren’t solely built on RAM and storage; you need to check on the chipset, GPU, screen resolution, build quality, and many more features.

If you’re familiar with what a GPU is, you surely heard of Gigabyte. But, is Gigabyte a good brand for your purpose?

Well, yes, Gigabyte is undoubtedly a good brand. It has an extensive system architecture that uses the most modern components. Gigabyte is also a highly reputed brand around the world for manufacturing laptops with affordable, high-performance chips and GPU.

Caught in the loop yet? There is a lot going on with Gigabyte laptops. So read along this article till the very end over a cup of coffee!

Gigabyte was founded in 1986 by Pei-Cheng Yeh as a Taiwanese-based computer and hardware conglomerate. 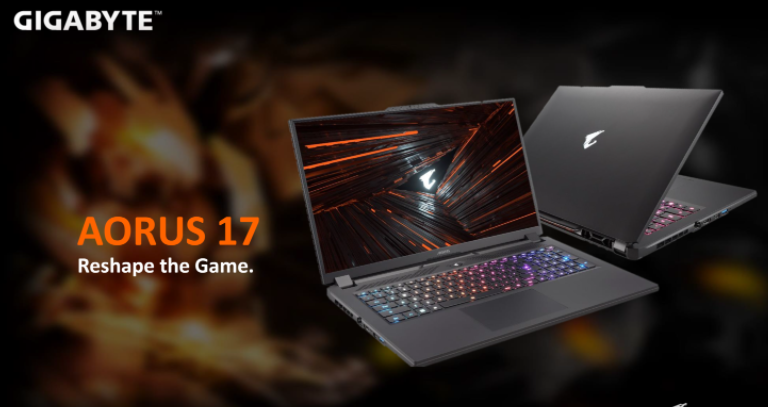 At first, the company started with manufacturing computer motherboards. Soon it rose in proportions, with wider range of products including laptops and the various accompanying hardware like coolers, GPU, power supplies, graphic tablets, mobiles, etc.

Gigabyte is also actively working in a partnership with NVIDIA and AMD to produce GPUs with high functionality and ease of usage. It also has a subsidiary company called “Aorus” that is responsible for making gaming laptops.

Is Gigabyte A Good Brand For Laptop GPU?

In a nutshell, yes, gigabyte produces some pretty well-to-do, affordable GPUs that are highly reputable around the world. 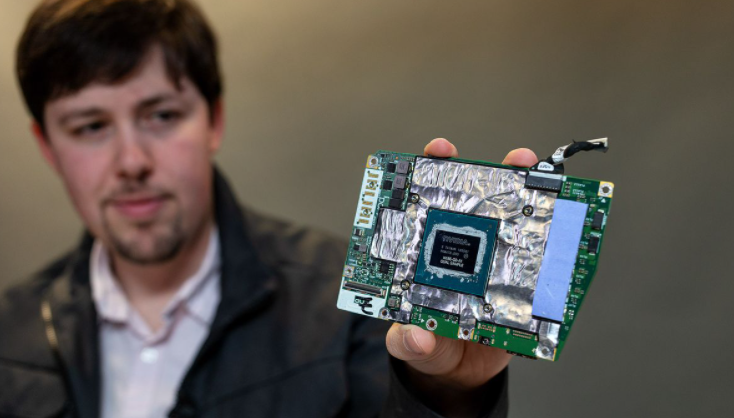 While the GPU might be slightly more high-performing when compared to most other brands, Gigabyte has made several compromises to cut the cost down.

For instance, instead of using machine-manufactured components, they use several DIY components inside the laptop GPU.

Gigabyte GPUs have a rating of 86 percent which means that it is pretty decent in terms of overall value.

However, do note that since many PC enthusiasts prefer to have their own PC build, GPUs are in danger of wear and tear after some years of use. The brand Gigabyte may not have anything to do with it at all in such cases.

Are Gigabyte Laptops Good For Gaming?

As I said earlier, Gigabyte has its own separate subsidiary laptops “Auros” that is dedicated to making gaming laptops.

While the gaming laptops are pretty decent with well-to-do GPUs and powerful chips, their performance isn’t enough when compared with other competitors. 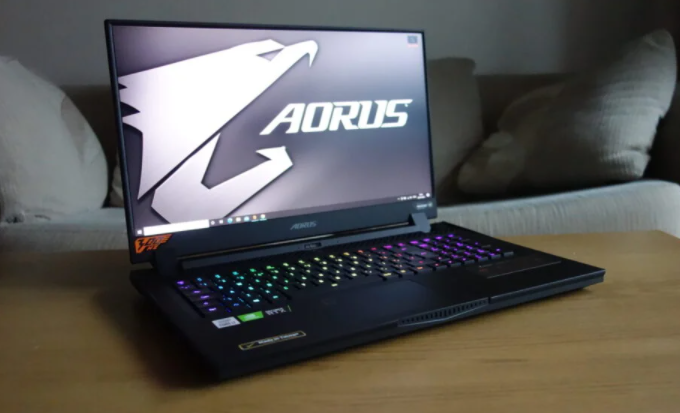 The main reason behind this is that there aren’t many options of gaming laptops that you can choose from. Other than a few powerhouses, most of the gaming laptops do not even come with a flagship GPU.

So, if you are thinking about buying Gigabyte gaming laptops, you might need to think twice lest you should regret it later on.

We have already mentioned, Gigabyte technology has been working with NVIDIA and AMD via a long-term partnership. Their goal is to develop budget-friendly yet powerful chips and they outright succeeded in their goal. 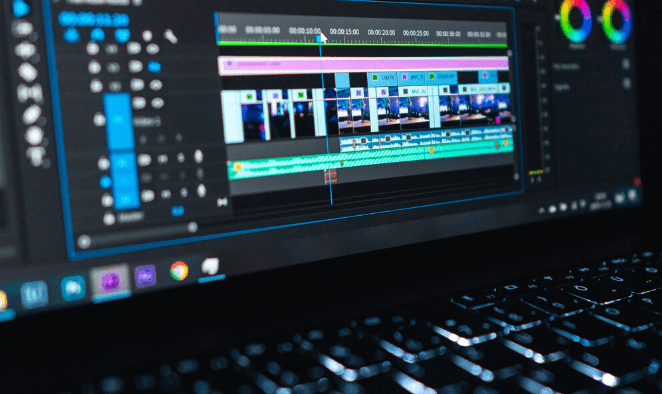 GPUs are very important when it comes to video editing and content creation. With Gigabyte laptops you will not have to worry about compatibility or lack of rendering capabilities.

You can do any sort of editing without any worry or frustration on your Gigabyte laptop. Though these laptops cost less, the high editing capabilities are nothing short of a technological miracle. That’s awesome!

Gigabyte is a brand that is highly popular among the masses whether it be due to the affordable price or the attractive build quality with high specs.

There are several reasons why Gigabyte consumer laptops are so highly sought after by most of the people around the world. 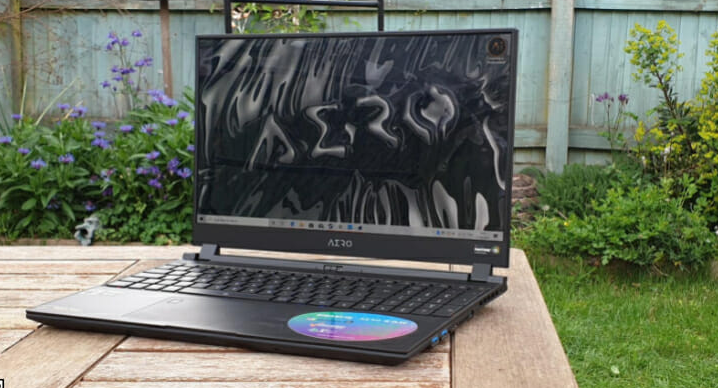 So if you are still unsure about whether you should buy a Gigabyte laptop or not, here’s why Gigabyte is a good brand:

The greatest reason why Gigabyte has made it so far in the industry against other well-established powerhouses is its pricing.

Many people might think that since the laptops are priced lower, the manufacturers might have compromised with the build quality or the power outputs and specs. They tend to be under the assumption that the low price means a lower output value.

However, they are completely wrong. While Gigabyte engineers do compromise with several of the build components, they don’t affect the overall value for the low pricing.

Another advantage that you will be able to enjoy with a Gigabyte laptop is the high display quality that comes with it. Gigabyte has wasted no effort with the high refresh rate laptop display.

The very focus of Gigabyte laptops is to make screens with a high refresh rate. A higher refresh rate withstands any amount of pixel density that a video creator might need to use in his work. Most of these displays range between 120 to 240 HZ.

However, if you want something even better, our recommendation would be to purchase the GIGABYTE AORUS 17G. It has a greater than 300 Hz of refresh rate which is perfect for both content creation and professional gaming.

Gigabyte has a very attractive motto about their laptops- “Improve your life”. There is a reason why they have managed to live up to their brand motto.

Note that the chips used in the laptop are manufactured with the highest quality silicon. The laptop itself has either a metallic or plastic body depending on the model and price.

However, irrespective of the model, durability with the perfect balance in laptop build is ensured.

Brand recognition is how consumers recognize how well a certain laptop brand is doing and whether you should buy the specific model from that brand.

There is a reason why Gigabyte has managed to make such a big name in the Industry. When it comes to precise customer delivery, i.e. meeting the demands of the customer, Gigabyte has an excellent service.

How much GPU does Gigabyte consumer laptops have in general?

A minimum of 2GB dedicated GPU is required if you want to game professionally. Gigabyte laptops come with different values of dedicated GPU depending on the model.

Most consumer models tend to have the bare minimum of 2GB. Of course, many also have even more at a maximum of 4GB.

How much do Gigabyte laptops weigh?

The weight of the laptop depends on both its screen size and the model.

Most 15.6 inches consumer laptops tend to be around 5 pounds. On the other hand, gaming laptops weigh even more starting at 5.5 pounds for the same size.

If you want to buy a laptop that is incredibly light then you could opt for GIGABYTE G5 MD. While it has a screen size of 14.6 inches, it weighs only about 4.8 pounds. It is the perfect laptop if you want to take it with you on a trip.

Well, there you have it, people. What do you think- is gigabyte a good brand?

In my honest opinion and the based on the discussion above, Gigabyte is a good brand, don’t you think? Its laptops are definitely worth the hype and purchase. However, this is only applicable to consumer laptops and not gaming laptops.

Of course, this outlook on the brand is based on our opinion. If the result you have concluded is something else, you are more than welcome to share that with us.