How much is it to fix a laptop screen? Well, I sympathize with you if you’re dealing with a broken laptop screen.

But, there is no need to be concerned about it because you can repair the laptop quite easily. Yeah, you heard it right!

To put it simply, professional repairs often cost roughly $300. If you’re comfortable repairing your own laptop, then you can generally find new screens online for cheap costs – sometimes as little as $50 to $100. Generally, it only takes an hour or two to repair a broken laptop screen.

But wait! It’s not the end of the discussion. We’ll dive a bit deeper into it, so let’s get started!

Check Out The Laptop Screen Repair Cost For Different Brands

Well, now that you can assume the average cost to replace a laptop screen, wouldn’t brand-specific cost details be more useful? Here’s a quick rundown of all the major brands: 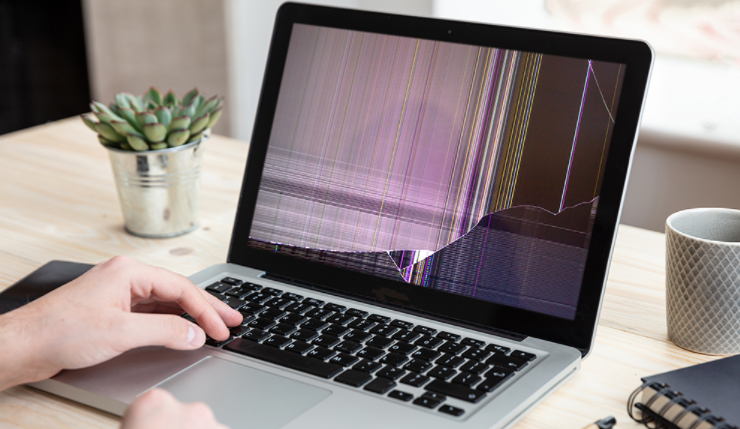 HP laptops are reasonably priced, making it simple for repair companies to locate replacement parts. Displays start from $40, but if your HP is a flagship model, the price can reach up to $200.

Lenovo sells a wide range of laptops, most of which have LCD panels. This means that repairing these displays may be less expensive. Some start at $60 and can go all the way up to $350.

Because Asus produces more LCDs than LEDs, repairing these panels should not be too expensive. The majority of these may be repaired for $40-$60. However, there are certain Asus laptops with LED displays. Repairing these can cost up to $200.

Dell is a well-known and renowned company with a large number of laptops on the market. Fixing their screens can cost between $45 and $80, whereas fixing their higher-end computers can cost over $250.

Acer laptop screens can be repaired for as little as $50. Several models cost approximately $100, although larger sizes and higher resolution screens can cost more than $300.

Samsung is better recognized for its phones than for its laptops, although several of its laptops are quite popular around the world. Their screens are high-quality LEDs that may be repaired for up to $200. However, certain Samsung models are less expensive to repair, with an estimated cost of $60.

Toshiba doesn’t have many different models, but its laptops are available with both LCD and LED displays. The cost of repairing these laptop screens varies, but in most cases, the cost is between $60 and $240.

Unsurprisingly, repairing a MacBook screen may be rather expensive. The cost of these varies greatly. Older models may just require $60-$70.

On the other hand, newer models have high-resolution screens, huge displays, and complex parts. It costs far more to repair these displays which are projected to cost between $320 and $500. Repairing the most recent versions can be much more expensive.

How Does A Laptop Screen Get Broken?

A cracked laptop screen can occur for a variety of reasons. The repair or replacement of a cracked screen is still dependent on the type of screen and the extent of the damage. As a result, it is critical to understand the causes of a broken laptop display. 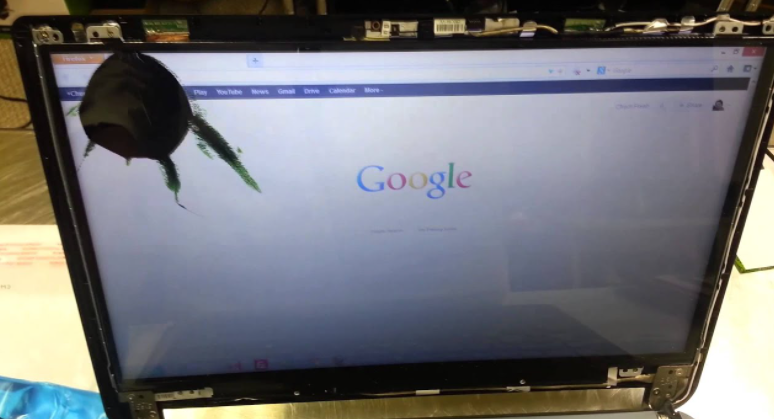 The laptop screen is damaged primarily as a result of excessive pressure put on it. This can happen if something hard or heavy impacts the laptop or if you drop it accidentally.

This can also occur when a laptop is left in a bag for an extended period of time and the bag is not comfortable to wear.

The screen may also be damaged while being loaded into and out of the bag. Laptops are fragile devices that are unquestionably useful but easily breakable.

Usually, laptops which are fitted into tight spots are the ones whose screens easily get cracked internally.

One of the weakest points on the front panel is the hinges. The hinge mechanism is more likely to be broken if you open and close the laptop in an aggressive manner (open & close). It has the potential to destroy the laptop screen as a whole. As a result of this, the screen bends and cracks.

Aside from physical issues like hinges, a laptop screen can stop operating for a variety of reasons. These can be hardware issues with the motherboard or a breakdown of the video cable wire utilized for display.

Signs Of A Broken Monitor:

Here are some pointers to assist you to determine if the issue is with your monitor. 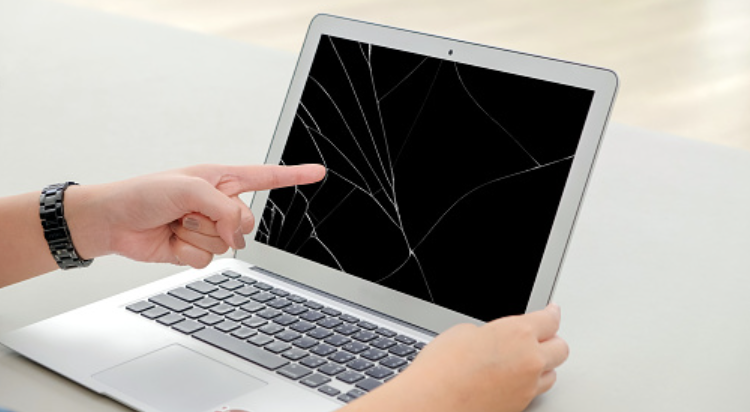 If none of these are true, the screen may contain a flaw.

How To Fix A Laptop Screen By Yourself? [Step-By-Step]

However, it is not difficult to repair your laptop screen—and in some situations, you may be able to save money by doing it yourself. Just consider following these four simple steps outlined here, and you’ll be able to do the task on your own.

Step 1: Purchase An Appropriate Screen For Your Laptop

Look for a proper screen for your computer on Amazon by typing in the name of your computer model and searching for highly rated displays. Then, choose the one that is appropriate for your laptop computer.

The prices are considerably low, so you can place your order with ease. 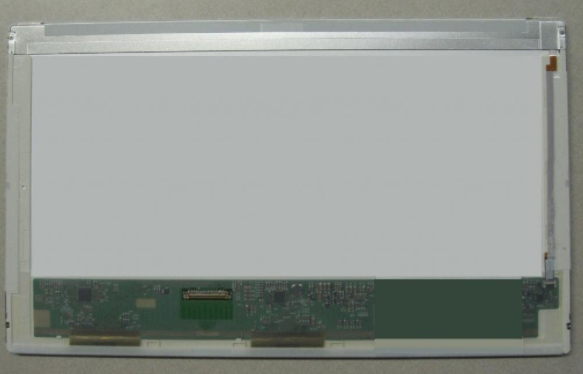 Step 2: Take Out The Broken Screen

After purchasing a new screen, ensure that you have gathered all of the tools required to repair the cracked or damaged screen. Remove your laptop’s battery and unplug it from the power source. 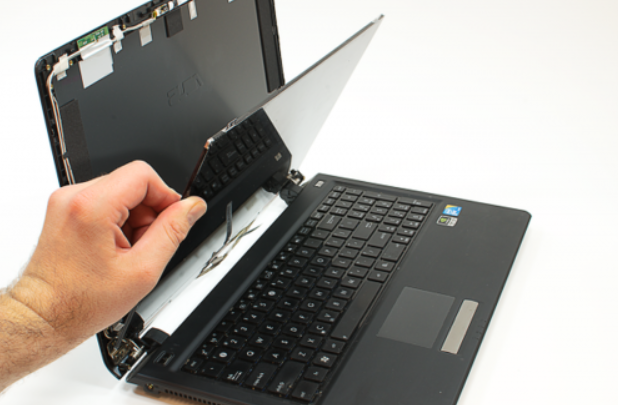 You have to be extremely cautious not to harm the motherboard or any other component of the computer by doing so.

To separate the faulty screen from the motherboard, perform the following steps:

The replacement screen must first be connected to the motherboard. Examine the corners of your laptop’s screen and compare the points where the screws will fit to determine the proper orientation. 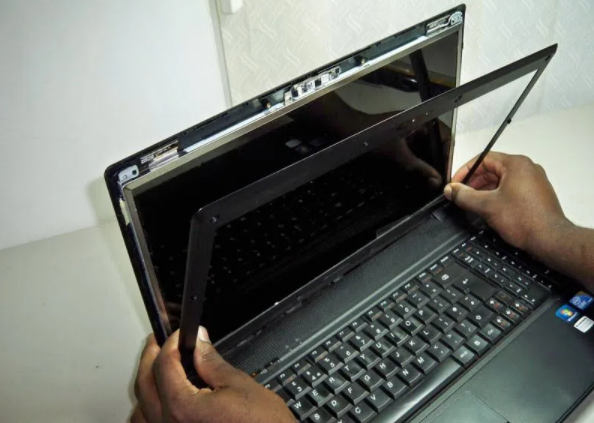 Step 4: Insert the Battery And Test The Screen

Follow the following actions before replacing the basal to cover the screen: 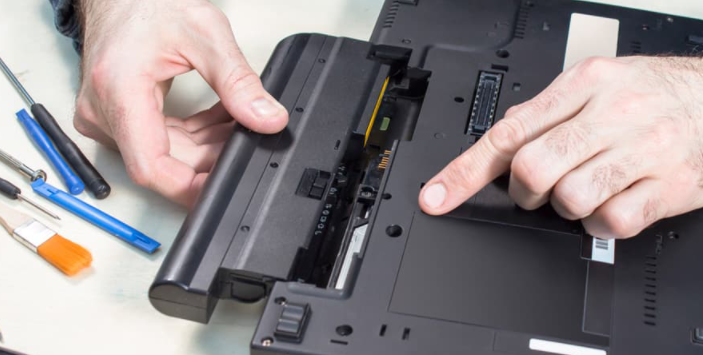 How Much Does It Cost To Fix A Cracked Laptop Screen?

Surprisingly, repairing a MacBook screen may be rather expensive. The cost of these varies greatly.

As a result, it costs far more to repair these displays, which are projected to cost between $320 and $500. Repairing the most recent versions can be much more expensive.

How Much Does It Cost To Fix A Touch Screen Laptop Screen?

Repairing a touch screen on a laptop is a difficult task. As a result, the cost of repairing a normal touchscreen is higher.

This extra cost is primarily due to enhanced sensitivity, which increases the likelihood of screen damage if mishandled—however, the average price ranges between $250 and $350.

Why Does A Laptop Display Panel Crack?

The laptop display panel is damaged mostly as a result of pressure exerted on it. This can happen if something hard or heavy impacts the laptop or if you drop it accidentally.

A laptop screen may also stop operating for a variety of other reasons. These can be hardware issues with the motherboard or a breakdown of the video cable wire utilized for display.

Is It Safe To Replace A Laptop Screen At Home?

Yes, it is entirely safe to repair a laptop at home. You simply need to follow a few precautions outlined in the post, as well as a set of tools, and you’re ready to go.

If you’re the type of person who enjoys tinkering with things, you can try to repair a broken display panel at home. Go over the above-detailed material to get an idea of where to begin.

Well, there you have it, people.

To wrap it all up, the answer to how much is it to fix a laptop screen depends on factors such as the screen’s model, kind, and size. This is the most comprehensive guide to assist you.

If you’re the type of person who enjoys tinkering with things, you can try to repair a broken display panel by following the instructions.

We have tried to give a clear sense of this topic. Hope that you have got your easiest and most comfortable way of solving this problem. Wish you all the best in your task.